A few weeks ago, I made the annual pilgrimage to Tucson for the "Gem and Mineral Show". In fact there are several dozen shows, mostly happening in tents and hotels/motels. The whole time is finished with the original and very large Tucson Gem and Mineral Show.

I spent the first part of my time in Tucson haggling with various sellers from around the world in an effort to obtain good mineral specimen inventory for my website. Carol, my wife, came to Tucson and we took a break to do some travelling and sightseeing around Arizona. After Carol returned home, I went back to take in the "Main Show". It is mostly attractive to me because of the great displays put on by institutions and private collectors.

This year, the theme of the show was "Gems and Gem Minerals". As you know, I am not really into gem minerals and so many of the displays weren't of that much interest. One display by Keith Proctor, had some amazing gold specimens and I did take some images of some of those specimens for you, amongst a few others. All of the gold specimens except the first were from the display of Keith Proctor. Here is a cameo visit to Tucson and Arizona.

Most of the specimen photo's were taken in a hurry through glass and so are not of the best quality. I hope that you'll forgive me for that. 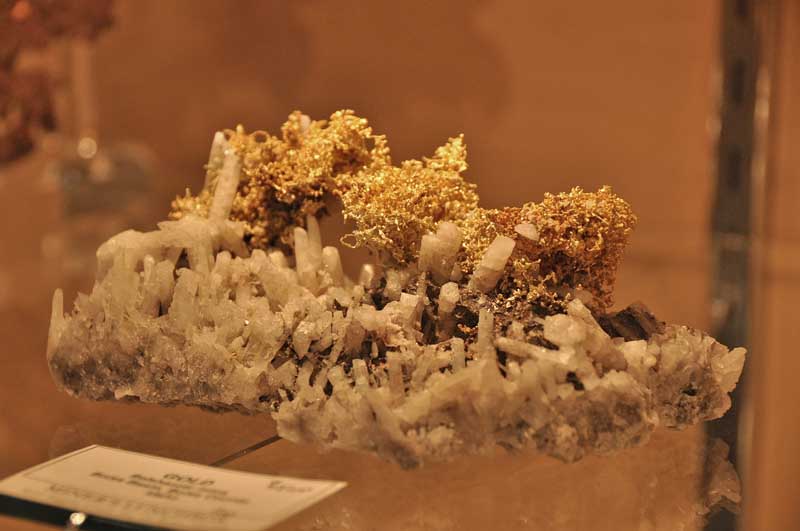 Gold, Belshazzer Mine, Boise County, Idaho
THIS was my favourite specimen of the entire Tucson Show. It is a wire gold specimen showing wire gold on milky quartz crystals in a most pleasing manner. The price on it was $45,000, so it was just a little out of my price range BUT if I had recently won the lottery, I would have considered this piece. It is about 14cm across and stunning. Apparently, when found by a fellow with a metal detector, it was fully enclosed in arsenopyrite. The arsenopyrite was removed by soaking in alternating baths of pure hydrogen peroxide and Iron Out to expose the gold and quartz. 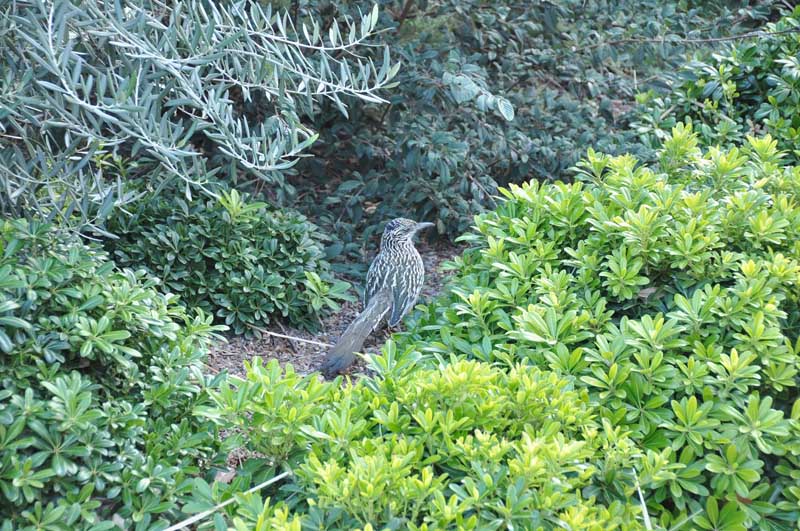 Roadrunner !
Well, I've always wanted to see a roadrunner. Here is one that we encountered down near Tubac. It doesn't look like what you think a roadrunner looks like until it actually starts to run. Then the more familiar profile is apparent. 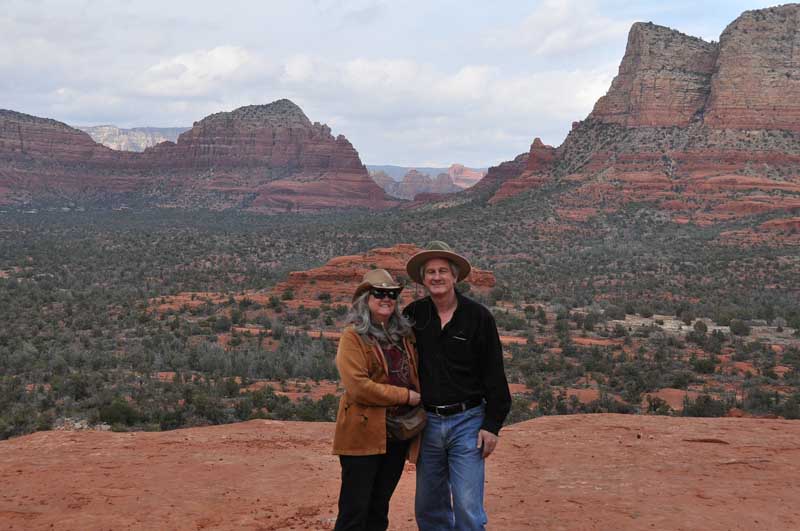 Carol and me during a hike outside of Sedona.
Yes, there are reasons to go to Arizona other than just minerals! The scenery and hiking opportunities throughout the state and the southwest, for that matter, are wonderful. When we were there, the weather was cool, perfect for hiking. 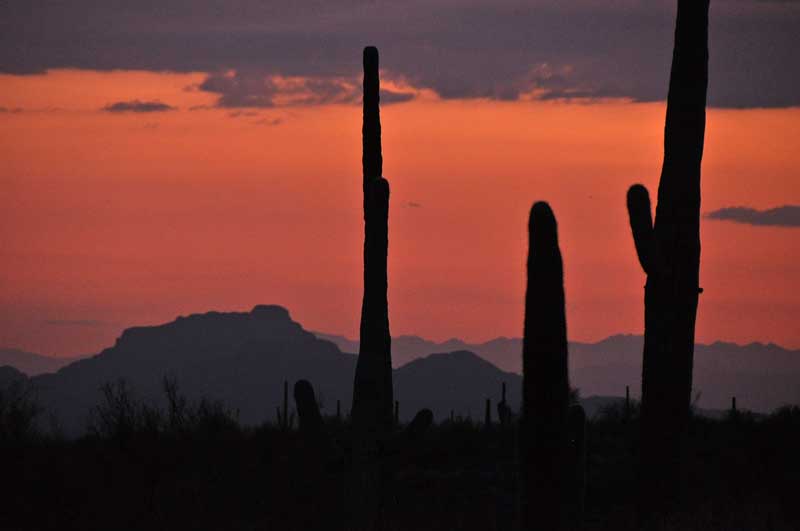 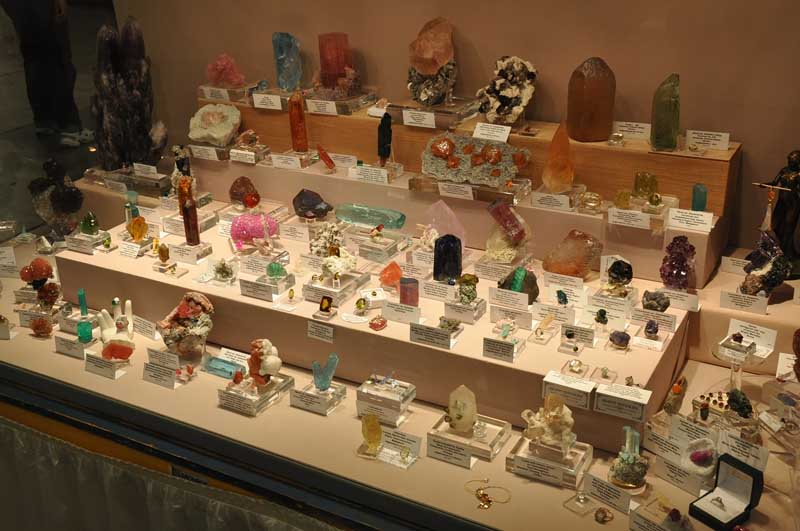 Rough and Cut collection, The Spanns
Gail and Jim Spann have amassed a wonderful collection. They had a very nice display showing rough gem minerals and their corresponding cut gemstones. It was quite a case! 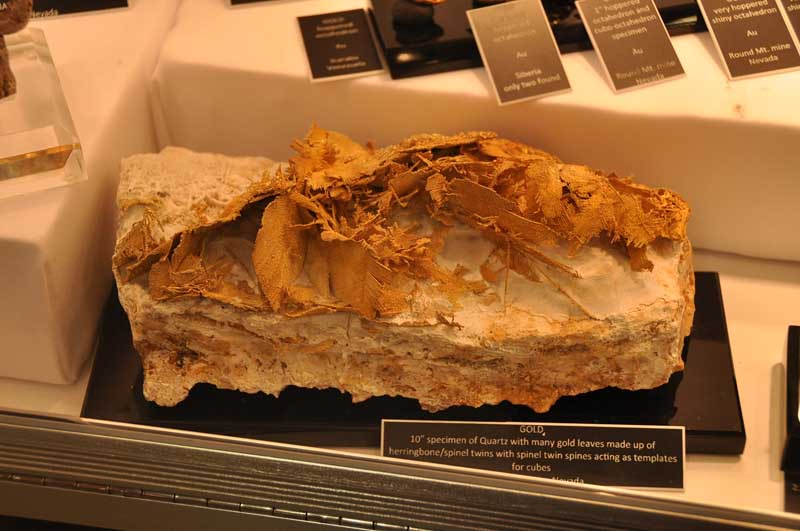 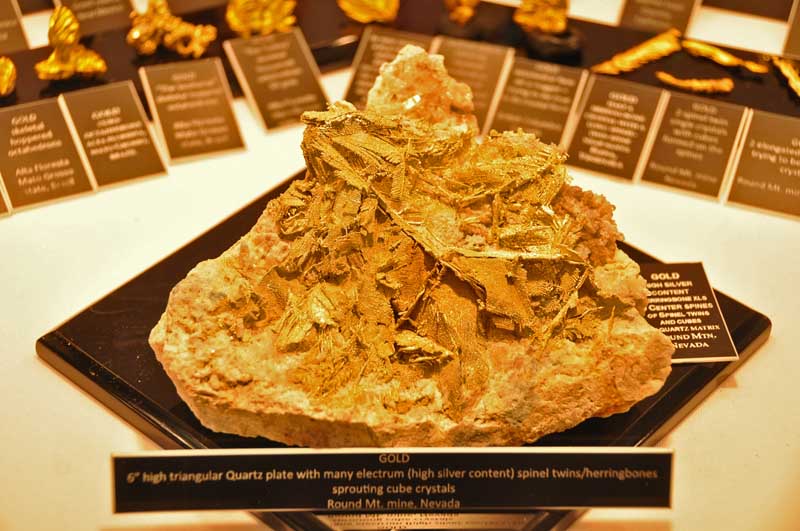 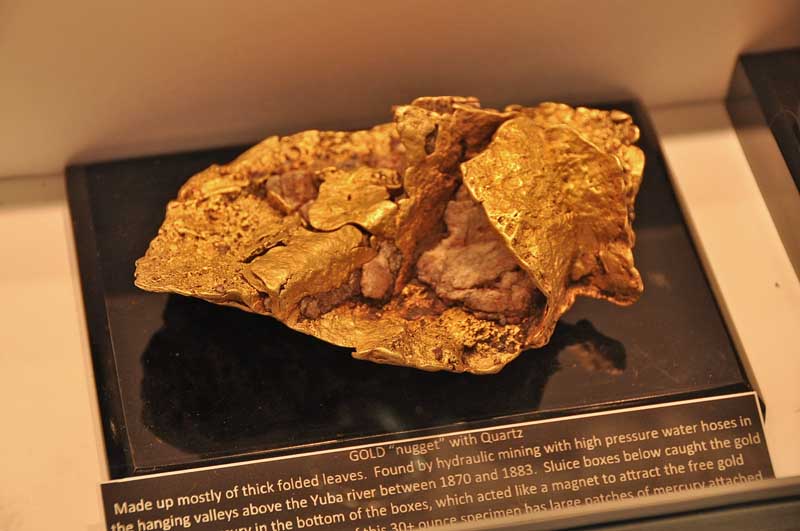 Gold Nugget, Yuba River, California
This "nugget" is actually a bunch of interconnected leaves of gold entrapping some of the original vein quartz. Found in a placer mining operation. About 10cm across. 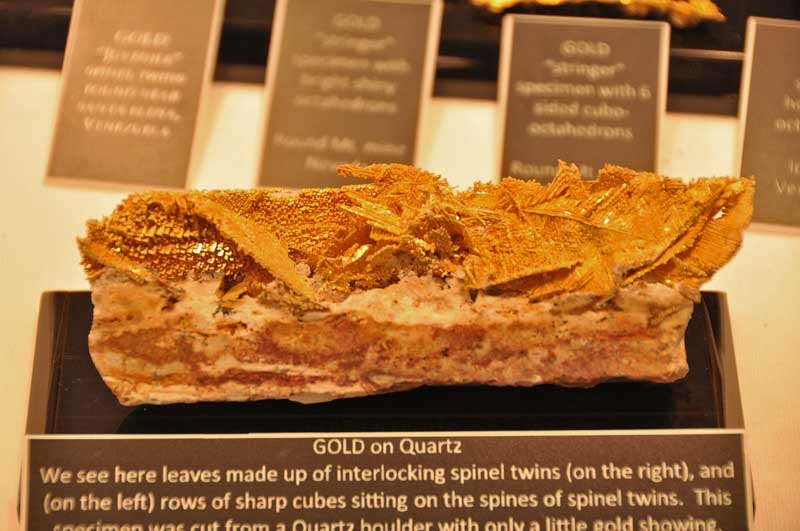 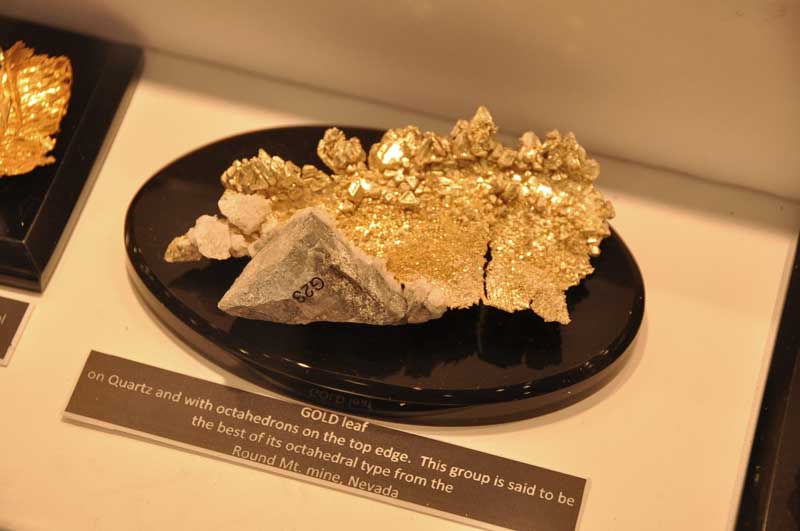 Gold, Round Mountain Mine, Nevada
You can really see the mode of crystallization on this specimen. Normally the cubes or octahedra are smaller. About 8cm across. 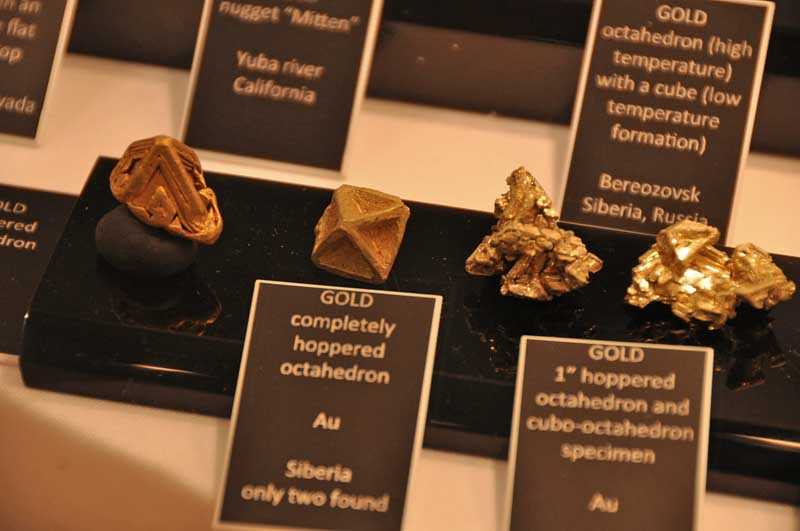 Gold Octahedron, Russia
THIS was my second favourite specimen at the show and it, too, happens to be gold. LOOK at this hoppered octahedron about 2cm across. My kind of specimen! Not my kind of price, I expect. Apparently, this beautiful crystals is actually a fake. 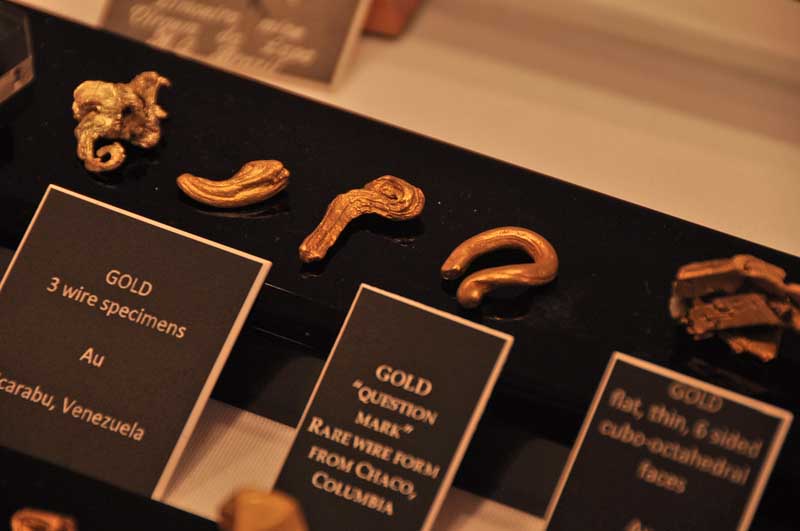 Gold Wire (rope?), Columbia
You've just got to love "nuggets" like this!