Daniel and I decided to give the Craigmont Corundum Mine a shot. The last time I was there was 11 years ago with Ray McDougall and I still wanted to find "the Big One". So we revisited the old mine twice; once in early September, 2020 and once in mid September, 2020.
During the first trip we examined the upper dumps. There are a number of them scattered around near the old open cuts. We had only modest success, finding a few small crystals of corundum. Near the end of the day on that first trip, we located what we thought was an old rock dump. We dug in and realized after a while that it was some sort of stockpile pad built into the side of the hill using large boulders at the front, backfilling with glacial till and then rock was place on the top. We figure they used this spot to stockpile corundum ore in order to efficiently, periodically, load carts or trucks. We found the best concentration of corundum crystals to date at this spot. On that first visit, I found the very large crystal that you see at the end of this photo essay.
We returned a week or so later for a day, expecting to find tonnes of big corundum crystals. We did find some but no more big ones! The miners were more efficient than we thought and didn't leave too many behind.
The map shown in mindat.org is an accurate way to find this location.
To learn more about the Mine, check out the photo essay in this same Recent Activities section back in 2011. 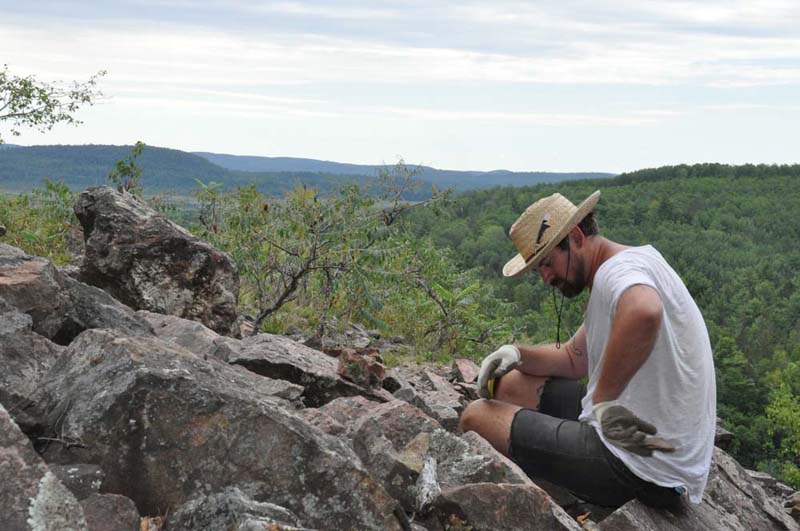 The open cuts and dumps of the old Craigmont Mine are nicely located on the side of a large hill with a beautiful view of the valley around. Here Daniel checks out waste rock for signs of corundum crystals 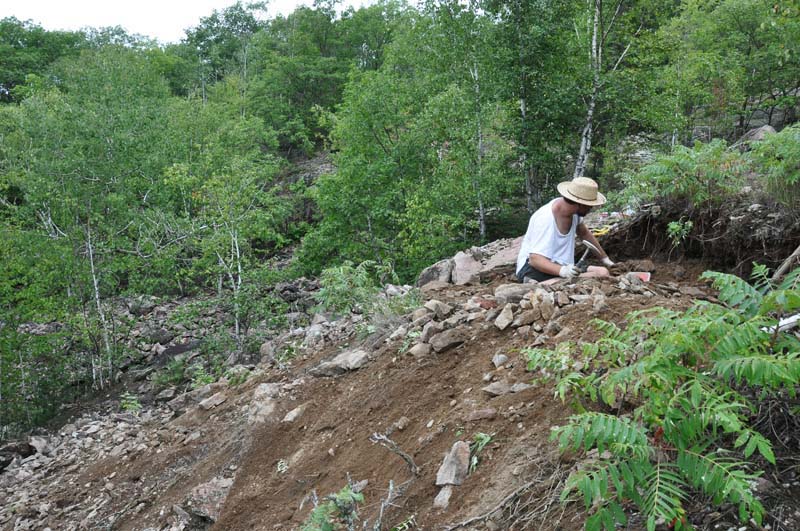 The dumps up on the side of the hill do contain corundum crystals but they are fairly few and far between. There IS the nice view though!! 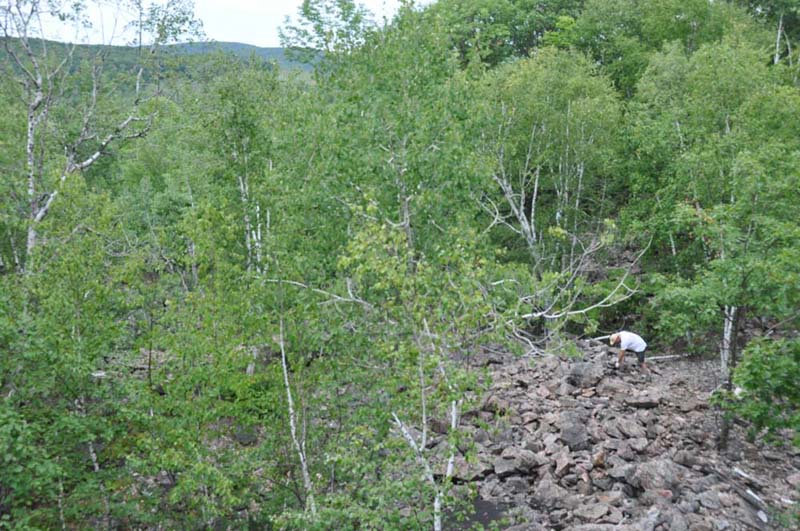 There is a LOT of broken rock on the side of that hill! Many of the dumps are so grown over, they are obscured by trees and not visible any more unless you are on top of them. Some are easily visible, though. 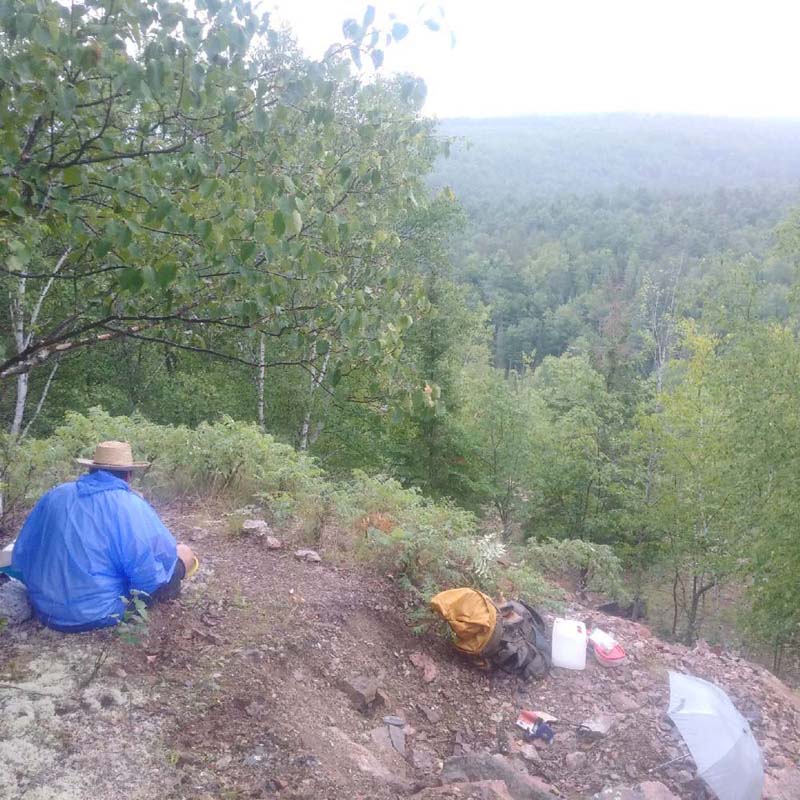 Nowhere to go when the rain starts! We hunkered down for a while and hoped there would be no lightning! 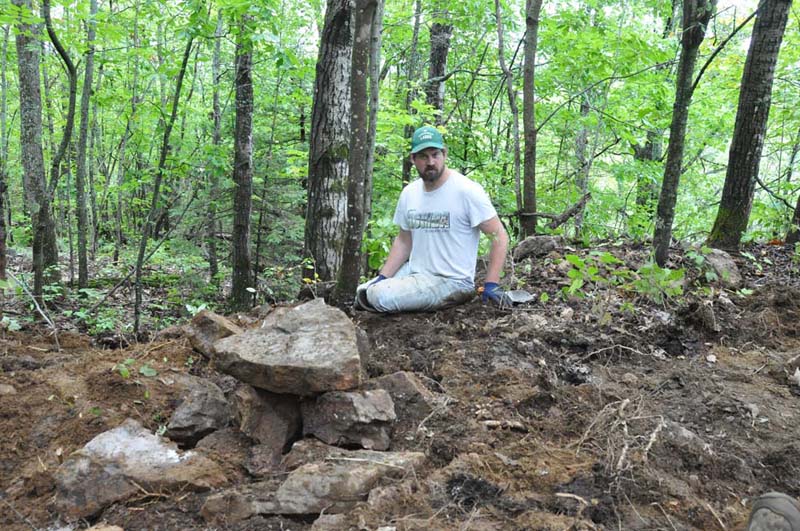 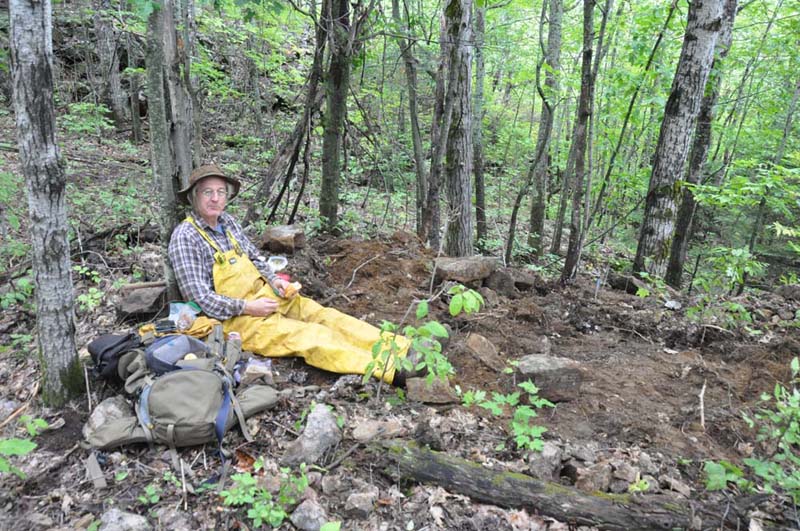 David K. Joyce always enjoys his lunch time in the bush. Here I am chowing down on a "pasty", a delicious pastry enveloped, savory, meat and vegetable lunch modelled on the ones originating with Cornish miners way back when. Carol made this one. Mmmmm... 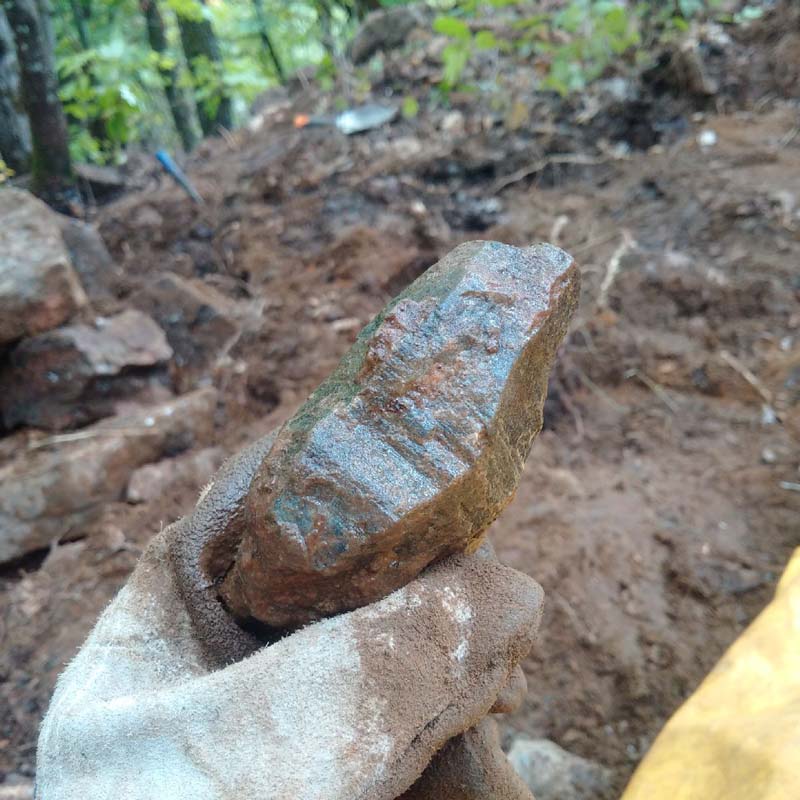 Here is a good sized corundum crystal with some feldspar attached, that we found in the lower loading platform. 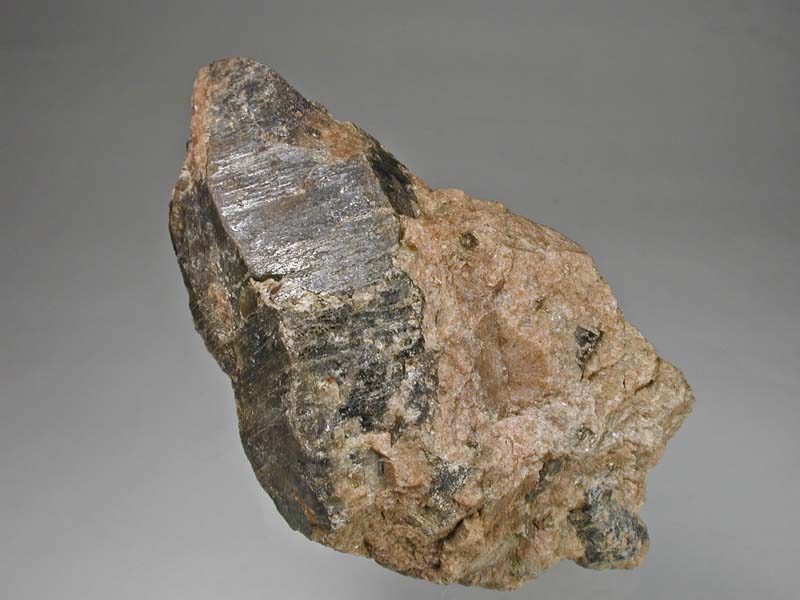 Here is the corundum crystal from the previous photo, cleaned up. The crystal is 9.5cm long and 4.5cm wide. 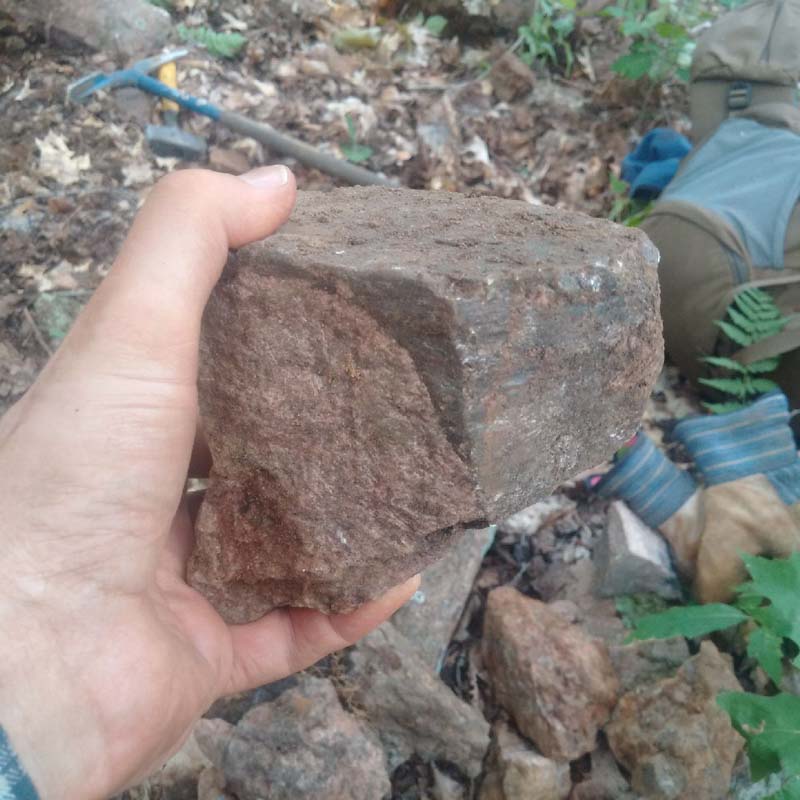 Here is the very large crystal of corundum that we found in the lower loading area. THIS is the one that encouraged us to believe that we could find more like this. We didn't. It is the largest corundum crystal that I've ever seen from the Craigmont Mine.

Here is a picture of the big one after cleaning. It is 13.5cm across! I'm not into cutting and polishing but it makes you wonder what kind of sphere or cabochon could be cut from it? Star? Big cats eye? Don't know about these things. I like it as a crystal.