This fall, I visited the old Mine at Craigmont, Ontario, with my collecting partner Raymond McDougall, in an attempt to collect curundum crystals. Hopefully, we'd find a good spot on the old dumps and find a nice corundum crystal for our collections and maybe a few extras.
The Craigmont location was once a bustling mining town with a large corundum mining operation. It was the "largest corundum mine in the British Commonwealth" whatever that means! This from Wikipedia: "In 1876, the mountain was discovered as a source for Corundum. In 1900, mining operations began by the Canada Corundum Company. A settlement, consisting of both a company town and a private town, grew to a peak population of 600 persons, making it the world's largest Corundum producer at that time. But in 1913, a fire destroyed the mill, resulting in job loss and a gradual decline. By 1921, Craigmont was a ghost town." And so it remains. There is very little near the site except for some old foundations and rock dumps and workings at the site, itself.
The view from up on the old dumps is impressive and hard to beat on a sunny, cool fall day. We found LOTS of broken corundum crystals but very few whole ones. It was a great day nonetheless! 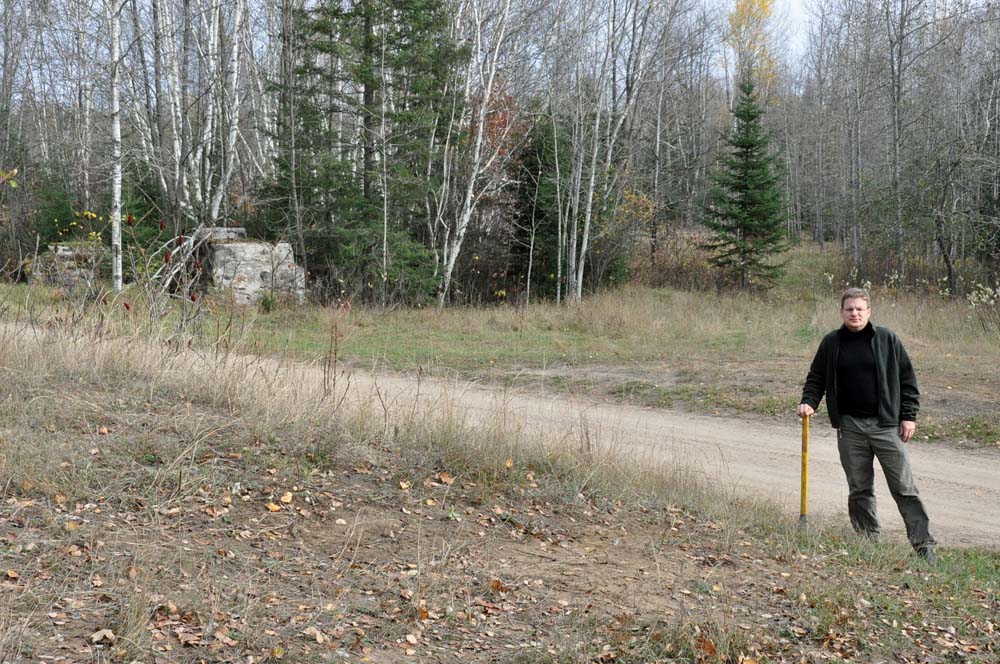 There are foundations of the old mine and process plant buildings at the bottom of the hill -some fairly substantial. 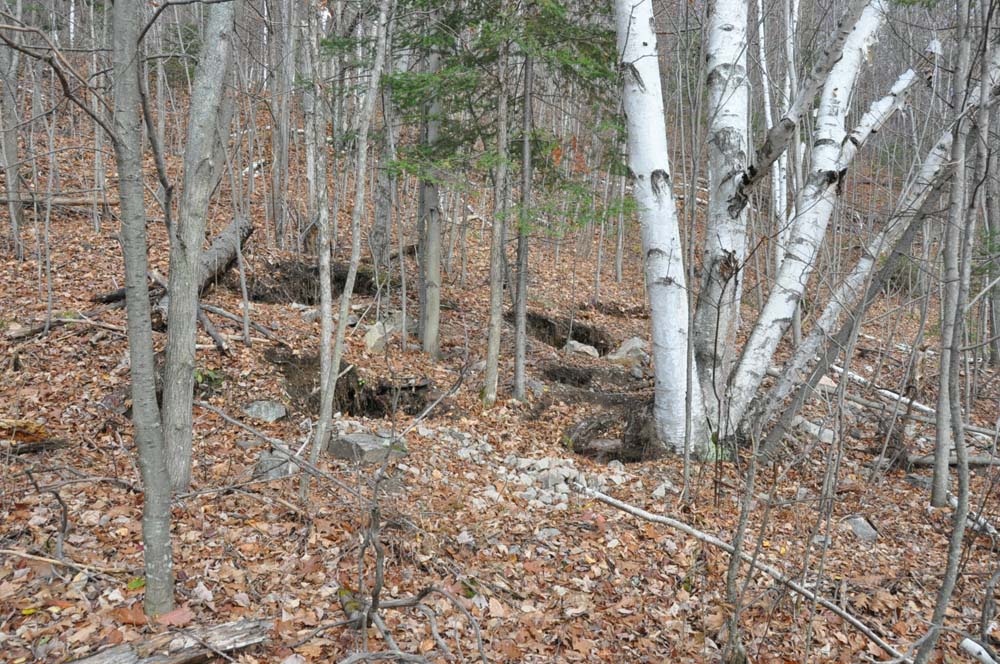 When we started out at the bottom of the hill, we noted lots of place where people have been digging over the years. There are lots of waste rock dumps to check out. 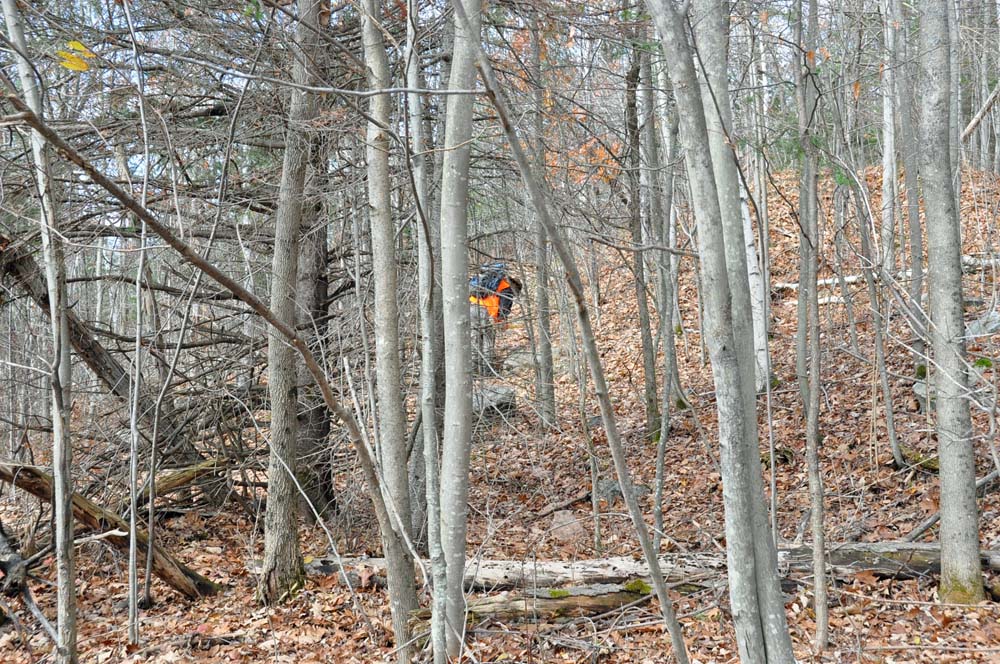 The bush is pretty thick on the hillside around the workings now. You can just see Ray through the trees. I expect it would be impossible in the summer! It is hunting season so bright orange vests are very necessary. 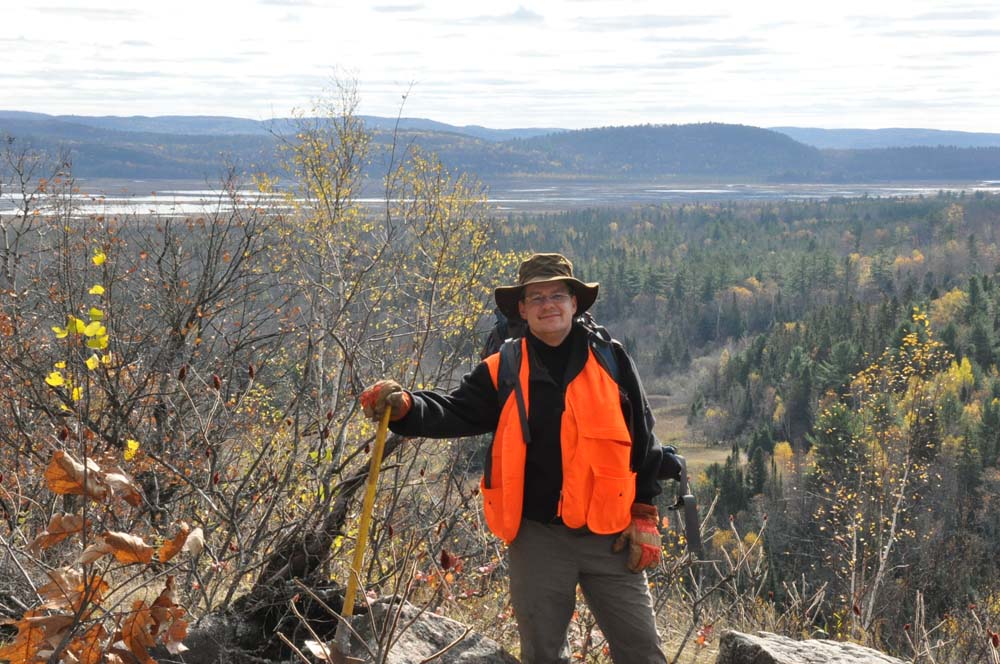 Nice view from up on the higher dumps and workings. 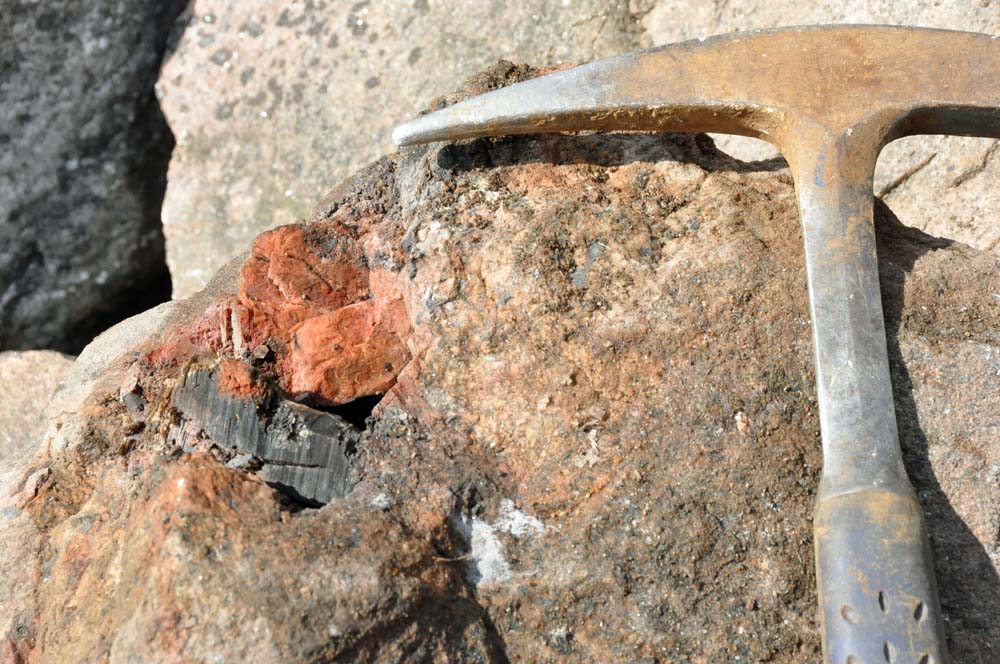 The main mineral of interest at the mine is corundum, which is frozen in the syenite. On occasion, open vugs containing muscovite and feldspar crystals are encountered. I was hoping to find something more exotic in these cavities but no luck. 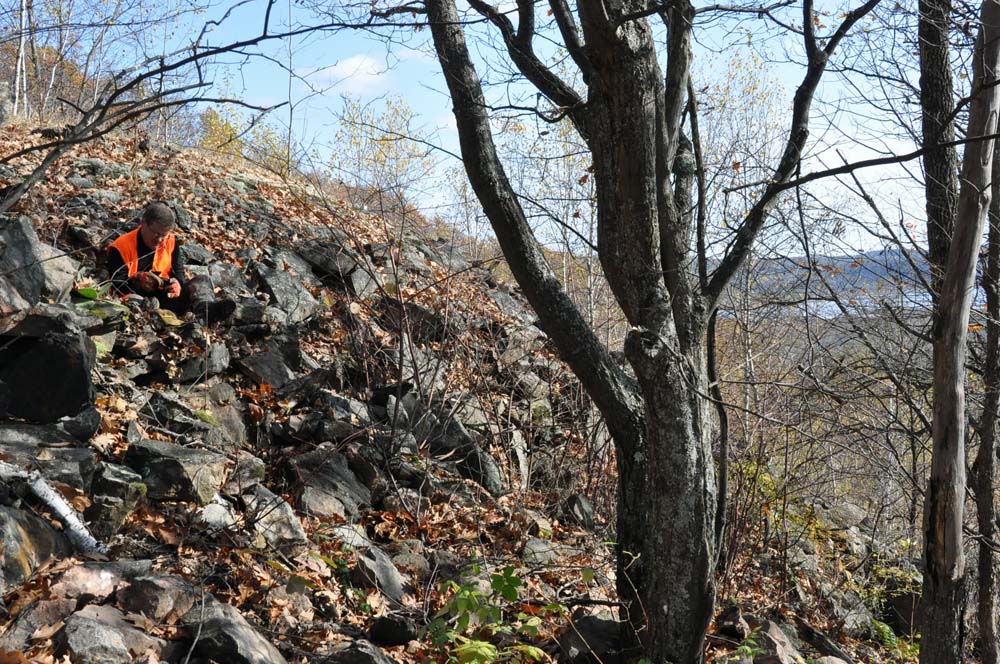 Here is Ray digging away in one of the rock piles. 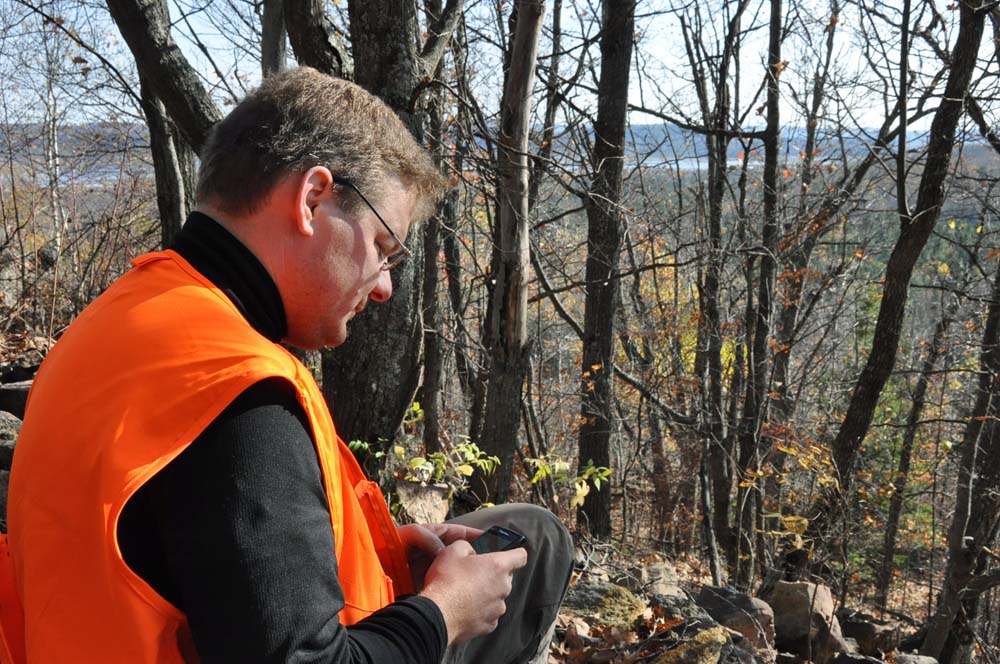 What do you know! There was a good radio signal for Blackberry use up there! Ray takes a "Blackberry break". 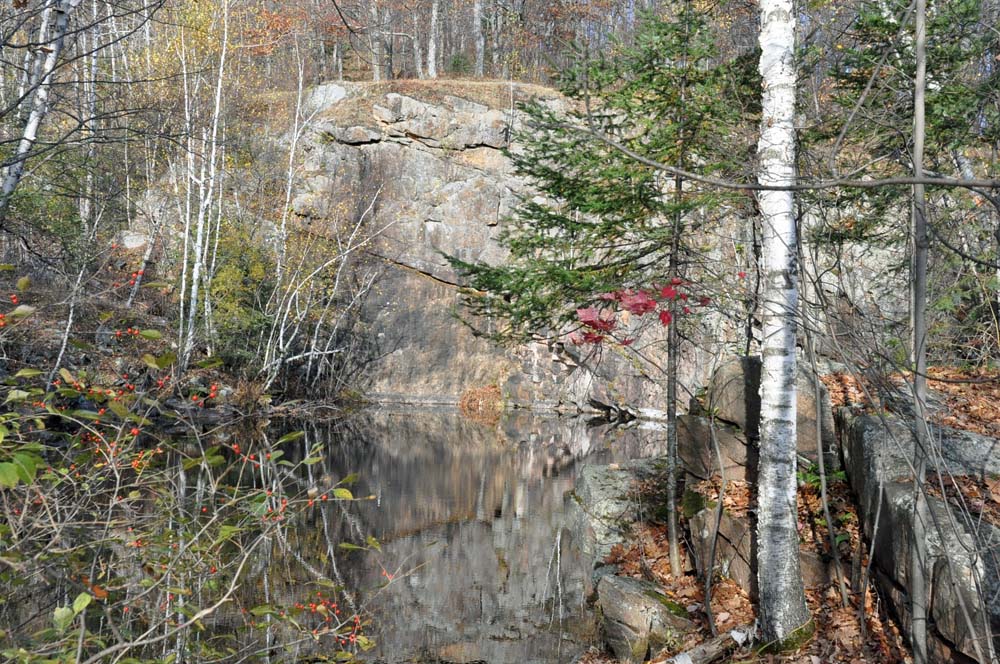 The old mine pits are accessible. Some are dry but some of the bigger ones are water-filled like this. This WAS a hillside 100 or so years ago and this volume of rock was blasted out to get the corundum bearing rock. 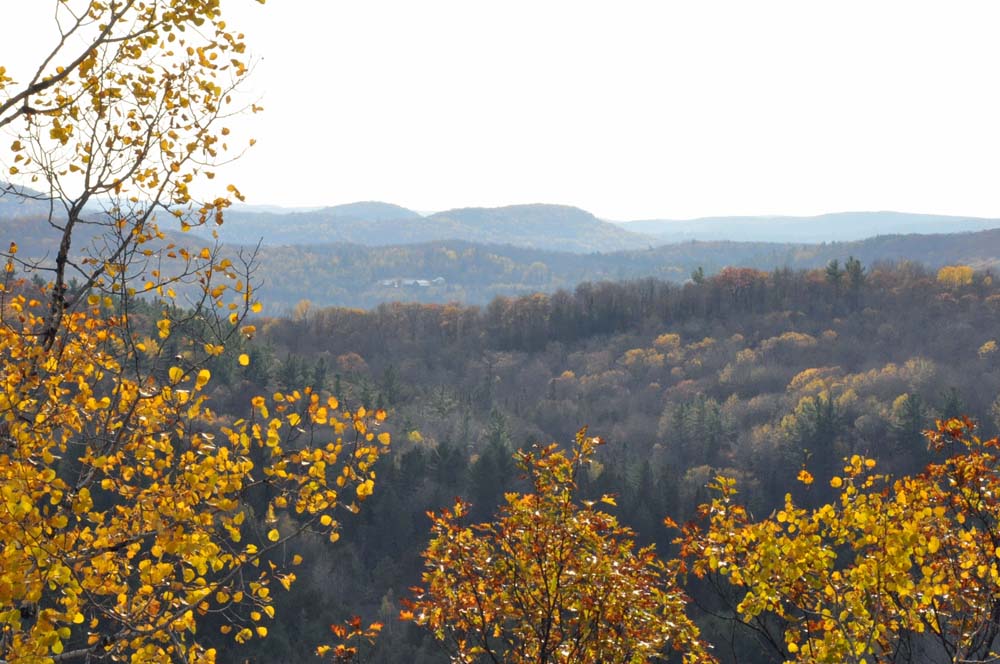 Sure is a nice view from up there! 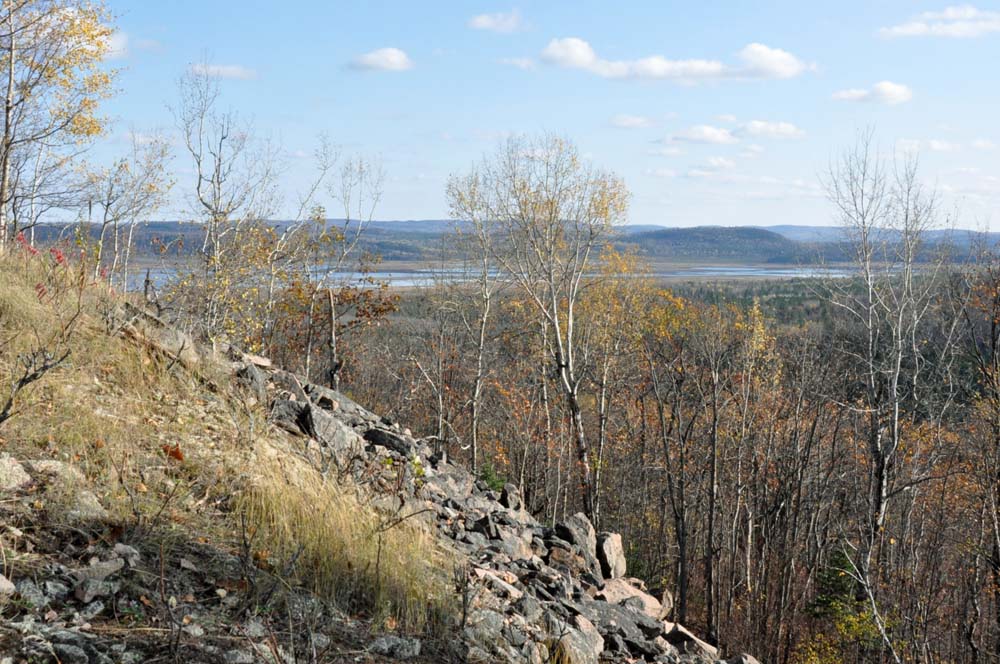 Another nice view from one of the Rock dumps. 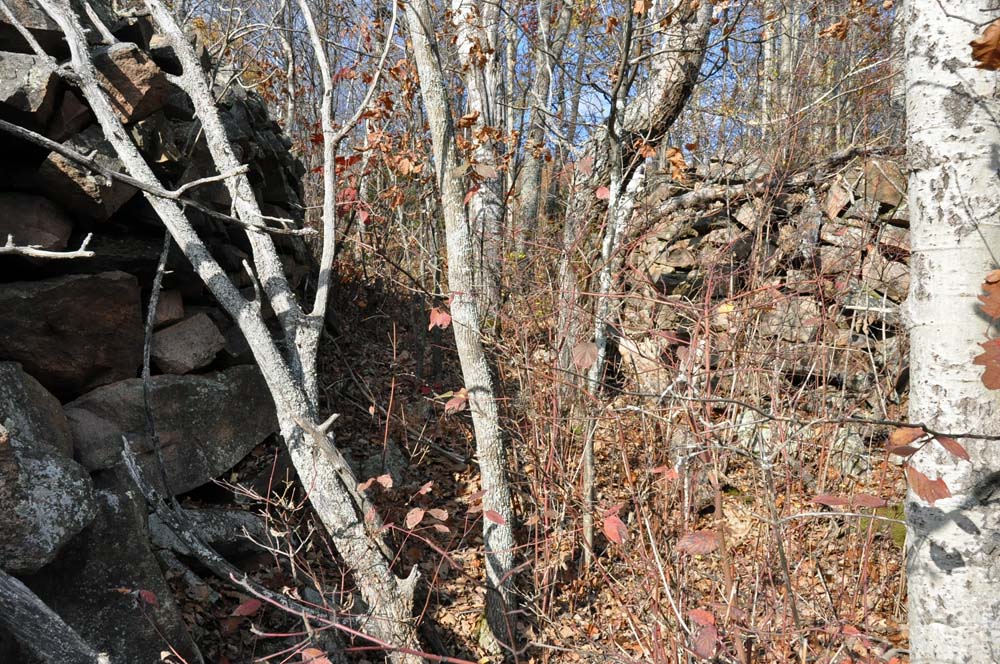 Believe it or not, this was once a roadway between two rock dumps. Look carefully and you can see the rocks carefully piled to maintain the right of way. 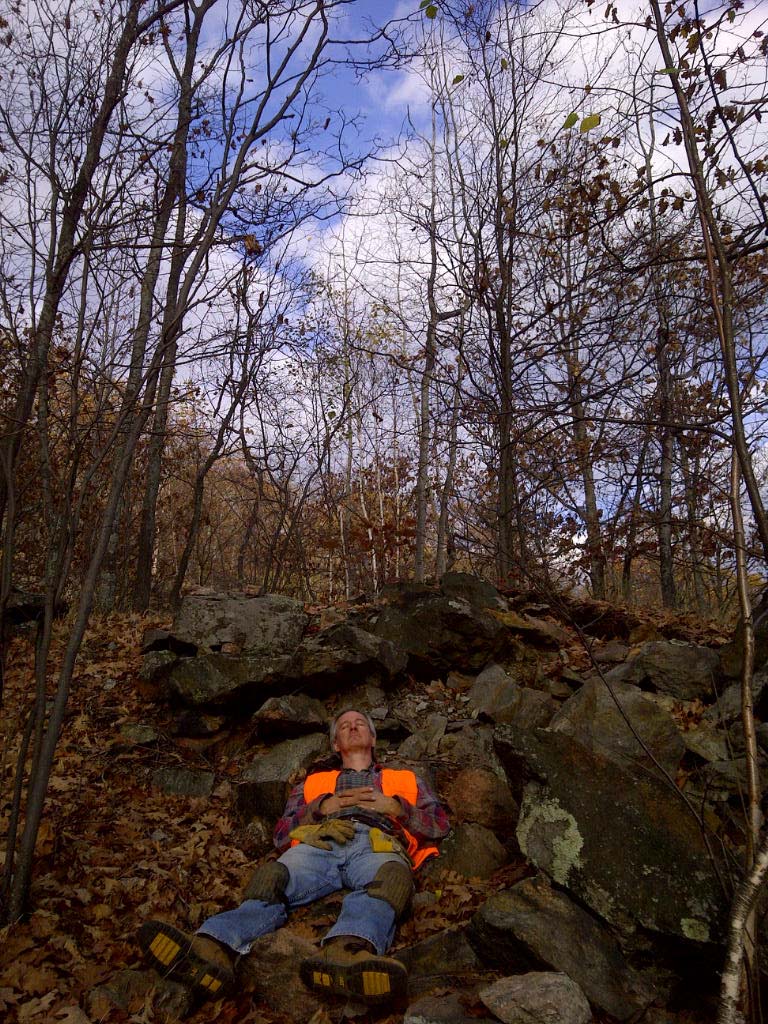 I like my afternoon nap during mineral collecting trips and usually find a comfy spot in the rocks somewhere. (Photo by Ray!) 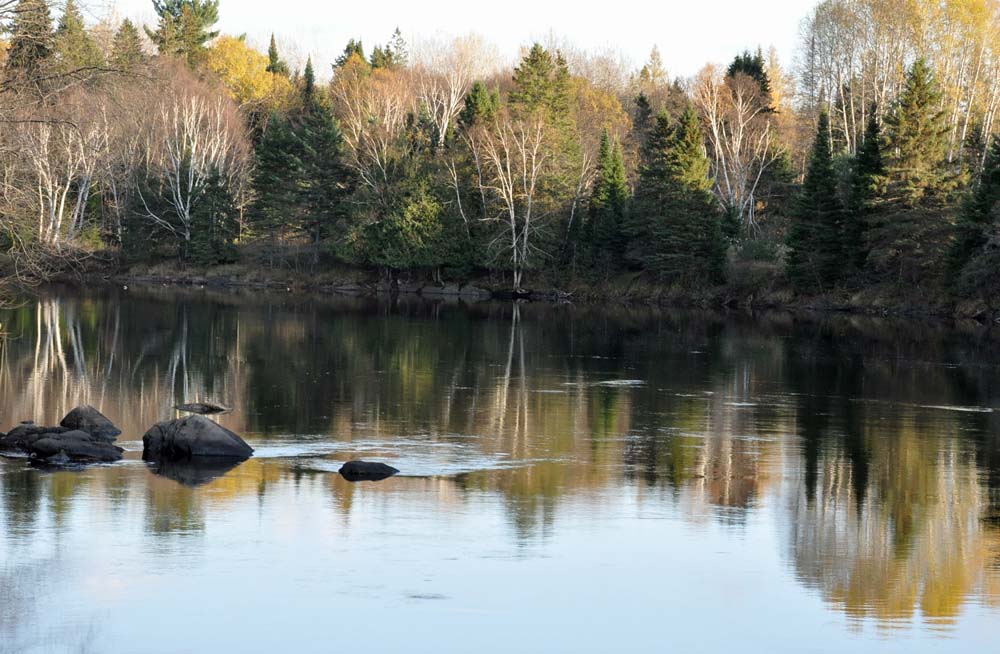 So, I'll head back to Craigmont some other time to try my luck. Here is a nice view of the York River from the bridge you cross near Craigmont, on the way to or from. 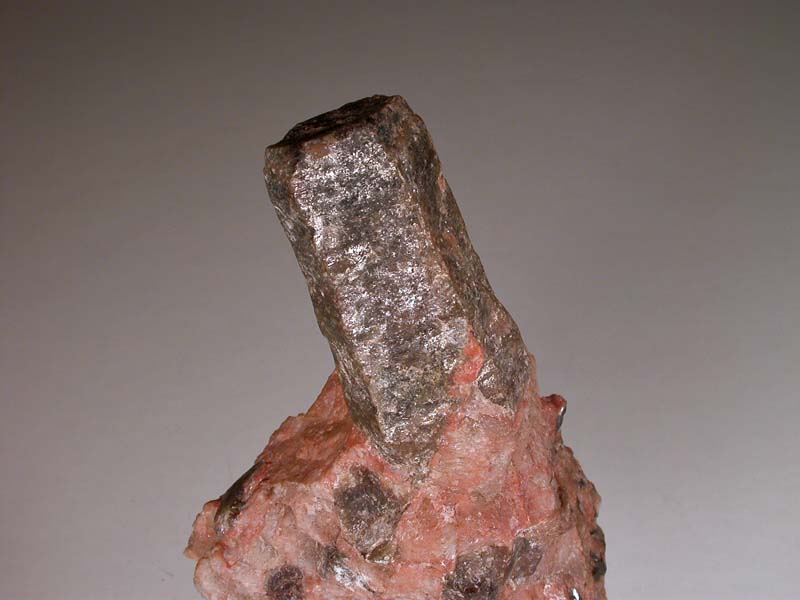 THIS is the sort of specimen that we were hoping to collect on our trip. No such luck. This 4.0cm terminated crystal is an old one from my collection. 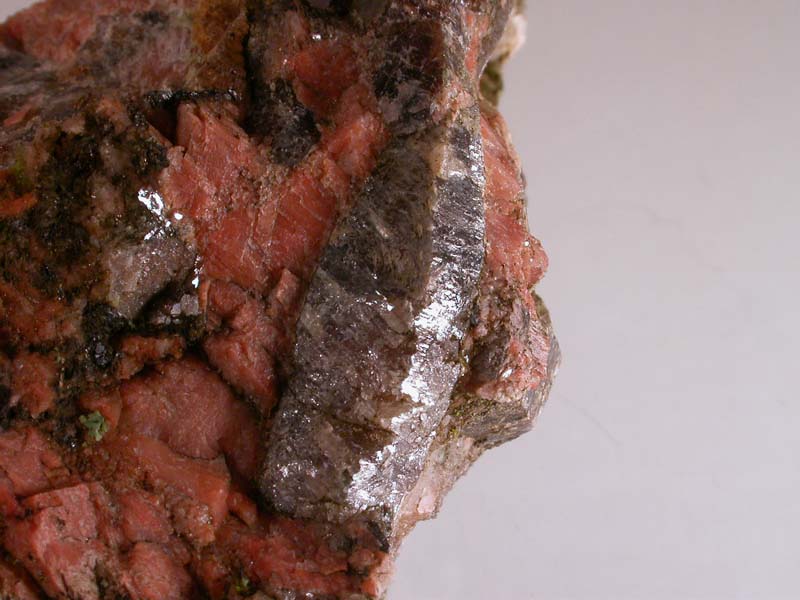 This is one of the few crystals that we collected that resembled a specimen. Crystal is 4.0cm long.