Years ago, I purchased the mineral collection of Peter Von Bitter, of Toronto, Ontario. There were some very nice crystals of a clourless mineral that he told me he had collected on Cape Breton Island, the most northerly part of the province of Nova Scotia, Canada. I did some research and determined the approximate location of the howlite locality. About 13 years ago I made my first trip there and collected some fine howlite crystals, some, undoubtedly, the best in the world. The Iona Cape Breton locality is the only location in the world, that I can find, that produces howlite crystals larger than 0.5mm. The crystals at Iona are commonly several mm long and can occur up to 20mm long!!

The interesting thing about the howlite crystals is that they are encased in hard anhydrite that occurs, as beds, in a series of bluffs overlooking Bra Dor Lakes (actually a salt water bay) in the Centre of Cape Breton Island. As boulders fall off of the bluffs into the water, the anhydrite is hydrated and turns into soft gypsum. As the waves lap against the boulders and the bluff face, the gypsum is slowly washed away and the howlite crystals are revealed. Eventually, when enough gypsum is worn away, they fall off and are ground up in the gravel in the water. The howlite crystals still attached to the anhydrite can be chiseled off of the boulders.

I have visited the site several times over the years and went there again during September, 2005. Here are a series of photo's of the locality. For specimens of howlite, please look at the "Howlite" page in the main "Mineral List" of this website. 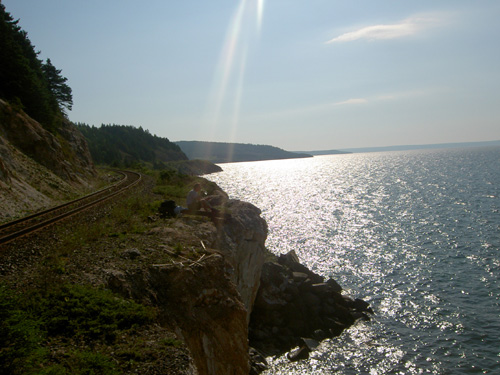 A rugged Place
Cape Breton Island is a rugged, beautiful place and the howlite locality is not exception. 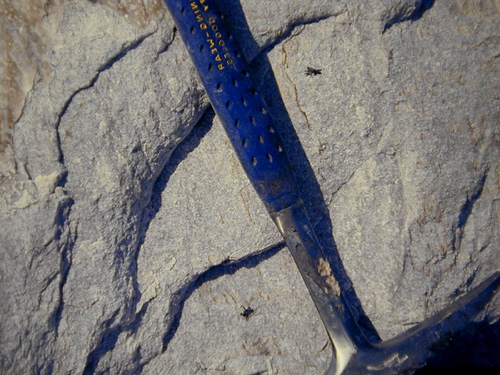 And some more
The anhydrite is difficult to chisel on the solid like this. 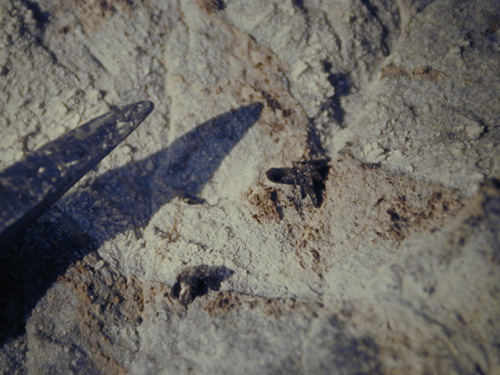 Howlite crystals in situ
Some more. Some of the howlite crystals have a gray or brown appearance which I believe are due to inclusions of anhydrite(gypsum) or hydrocarbons, respectively. 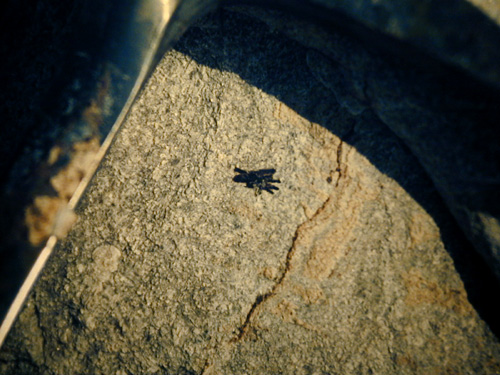 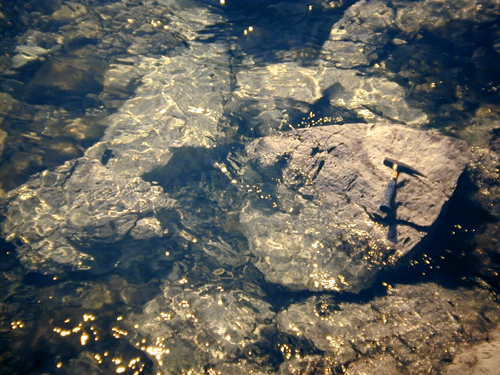 Howlite occurrence
Or like this. You have to be prepared to get wet here. Sometimes, the waves are crashing into these rocks and it is too dangerous (read impossible) to collect. 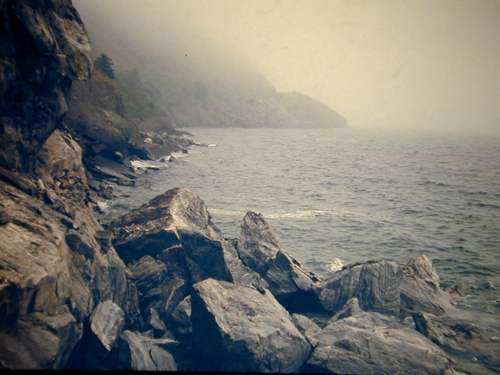 Howlite Occurrence
The howlite crystals occur on the bluff face or on boulders like these that sit in the water. 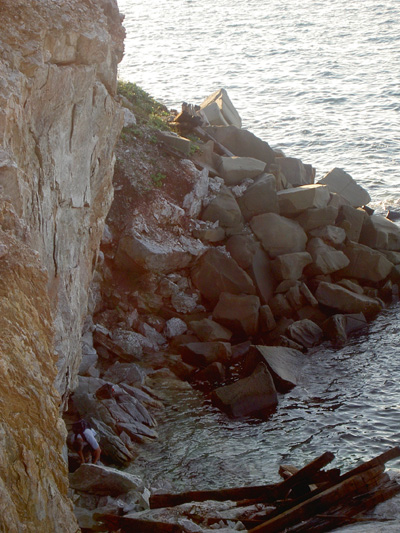 A different spot to collect at.The collecting is tricky, once you access the base of the bluffs. The anhydrite is very hard and brittle. You need very sharp chisels to extract the howlite crystals from flat surfaces. The crystals that occur on weathered points of rock are much easier to recover. Since some of the crystals are thin and fragile, packing is absolutely critical, on the spot. I take care to wrap the crystals so that they are not damaged after collecting. Many of the most fragile cryatals go into Tim Horton's coffee cups so the wrapping material does not touch them. 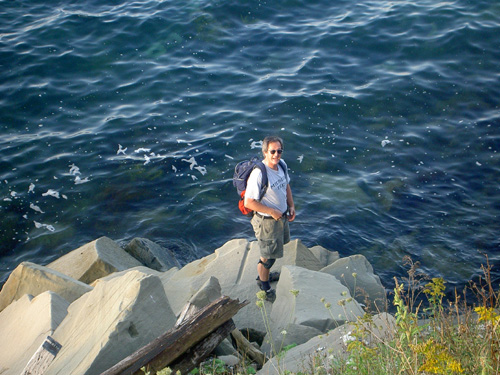 The Descent
The descent to the bottom of the bluffs is precipitous and should not be attempted by anyone bothered by heights or with a poor sense of balance! 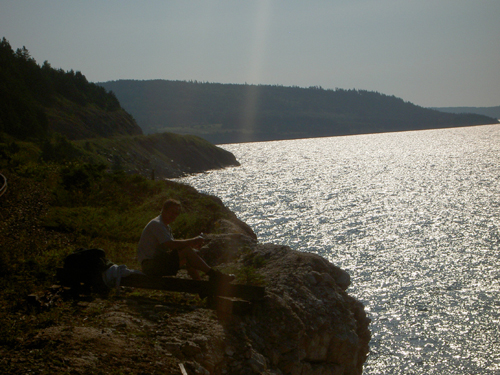 I made it back up!
Collecting minerals,, in situ, is one of the thrills of being a mineral collector/dealer. I love making the opportunity!